A fighting chance for Minnesota bees 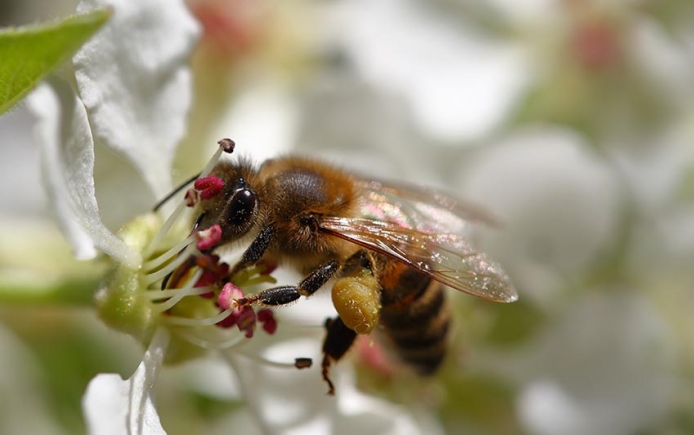 Posted at 17:15h in Uncategorized by community@panna.org
0 Likes

As Scott Pruitt takes over as head of the Environmental Protection Agency, it's clearer than ever that our federal decisionmakers won't be stepping up to protect communities — or our food system — from pesticides anytime soon. It's that much more important therefore for state and local leaders to do their part. Here in Minnesota, decisionmakers are beginning some important steps to protect pollinators from pesticides, and we're fighting to make those changes powerful models for the rest of the country.

Last August, Minnesota’s Governor and Department of Agriculture released new plans to protect our state’s pollinators. The Department of Agriculture (MDA) had spent nearly three years reviewing research on the impacts of neonicotinoids ("neonics"), focusing on the science most relevant for our state. Their review confirmed what thousands of independent studies have found: at high and low doses, neonicotinoids can kill or harm pollinators.

In response to the findings of their study, MDA proposed a number of action steps to protect Minnesota's pollinators. Many of their proposed activities — like requiring a verification that pesticides are necessary before spraying them on crops or nursery plants, and increasing outreach to homeowners about the impacts of pesticide use in home gardens — are already moving forward.

But two pieces of MDA’s plan require approval from the legislature, and now PAN is helping lead the charge to pass pollinator-friendly laws this session.

MDA is tackling the issue of pollinator decline because key Minnesota crops need them to thrive. Apples, our state’s top fruit crop, are valued at $17 million per year and rely on honey bees for pollination. Minnesota is also historically one of the top honey-producing states in the country. Additionally, bees significantly improve the yield, diversity, and quality of other critical Minnesota crops like sunflowers ($33 million) and canola ($17 million).

And while honey bees are the most well-known pollinator, a recent study found that there is also a shortage of native bees that increase yields for key crops in many Minnesota counties — including soybeans, which benefit from (but don’t require) insect pollination.

So here we are, in a tangled situation where a healthy food and farming system requires bold action to protect pollinators from pesticides. At the same time, many farmers are caught on a pesticide treadmill that includes using bee-harming pesticides in their fields. Playing the blame game won't help fix this. We need a plan that supports farmers while also addressing the pesticide problem for pollinators.

Step one is phasing out widespread use of neonics, ensuring that Minnesota farmers are well supported through the transition. Legislation under consideration in the Capitol aims to take this challenge head on.

Hope on the horizon

This session, Minnesota legislators will have the chance to support two bills aimed at reducing pollinator exposure to pesticides.

The first bill would create a “pollinator account,” funded by fees paid by pesticide corporations and supplemented with money from the state’s general fund. The account would be used for research and farmer-focused outreach and education, with the goal of reducing the use of pollinator-harming pesticides. No farmer wants to harm pollinators; this legislation will make it easier for farmers to eliminate unnecessary uses of neonicotinoids, and to manage pests without hazardous pesticides.

The second bill (which hasn't been introduced yet) would create a “treated seed program.” As we’ve said before, pesticide seed coatings are the most common use of neonicotinoids — 40 percent of the soybeans and nearly all of the corn planted in Minnesota have been treated with neonicotinoids before planting. Why is this a problem? Not only is the pesticide pulled up into all parts of the plant, but 80 to 95 percent of the seed coating isn’t absorbed into the plant. Instead, neonics are released into surrounding soil, air and water, where they can harm pollinators and other beneficial members of the farm ecosystem.

Unfortunately, because of a loophole in federal law, MDA can’t currently gather good information — let alone take action — on the widespread use of pesticide seed treatments. But soon-to-be introduced legislation would allow MDA to monitor and regulate pesticide-coated seeds in the same way that it manages all other pesticides applied in the state. The legislation would increase transparency about seed treatments, without placing any restrictions on when or where treated seeds can be planted. The bill would also support research about Minnesota pests and how to manage them effectively.

I’ll be honest. While these bills represent some of the boldest action taken by any state in the country — especially any major agricultural state — to protect pollinators, they’re more gradual than they are earth-shattering. They're modest steps toward important solutions — and we fully expect our decisionmakers, who represent agricultural communities and everyone who eats, to support them across party lines.

Though the pollinator crisis is impacting farmers, beekeepers and communities nationwide, Minnesota has set itself apart as a leader by committing to tackle the problem. But the work is far from done. The real test is whether our state will turn strong intentions into strong policy and practice, and quickly.

We have a chance to set a high bar for other states and, now, we have to fight to make sure our decisionmakers follow through.