Bringing it home: My lost hive 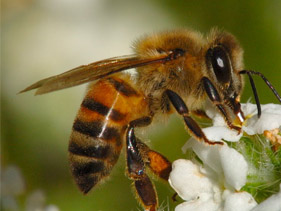 Posted at 21:27h in Uncategorized by Guest Blog
0 Likes

It was late September, and my husband and I were just getting back from a cross country trip with our two small kids. We were tired and rumpled and relieved to be home. The breeze coming off the ocean and the sight of our yard, full of nasturtiums in bloom, were a sweet antidote to the exhaustion we felt after a long travel day. As the kids ran off to enjoy their freedom, I wandered toward the back yard, absentmindedly looking toward the sky. But as I headed toward the beehive I keep under a big old oak by the creek, something seemed amiss. Instead of the usual steady flow of worker bees leaving the hive on foraging flights, spiraling up and away, only a slow trickle of bees came and went.

Moving closer, I saw that hundreds of dead bees littered the ground in front of the hive. Kneeling down I looked more carefully. Not all the bees were dead. But the ones who weren’t didn’t look good. They stumbled around as if drunk. Some spun on their backs. They couldn’t fly. They twitched and spasmed. To my biologist’s eye, they looked like they’d encountered a neurotoxin. The sight was heartbreaking.

I’m what they call a “newbee” — I started keeping bees less than a year ago, and I’d never seen anything like this. My colony started out as a feral swarm removed from someone’s backyard by the local beekeepers association. They had been doing well in their new home. They seemed to be thriving, making plenty of brood (bee larvae), and growing their honey stores. Could this be a disease? Some parasite? Perhaps the parasitic zombie fly, recently discovered in California? Pesticides or some other environmental chemical?

Collapse of a colony

Over the coming days, the piles of dead bees in front of the hive continued to mount. Distraught, I watched as housekeeping bees struggled to keep up with the rising number of bodies. Usually bees will carry their dead or dying several feet or more away from the hive — a service that helps keep the hive sanitary and reduces the spread of disease — but the death toll was so high that it was all they could do to push them toward the opening. There the bees would twitch and stumble about, eventually falling off the edge into the growing pile.

I called or emailed everyone I could think of — the Santa Barbara Beekeepers Association, California EPA, the Santa Barbara County Agricultural Commissioner’s Office. I filed a pesticide incident report with Cal EPA and took samples of my bees to the County for testing for parasites and disease. My beekeeping mentor came and together we opened up the hive to take a look. In the first few days, things inside didn’t look as bad as I expected, and we thought they might pull through, but each day there were more dead bees outside the hive.

And the bad news kept coming. It turned out, mine were not the only bees affected. A number of other beekeepers were observing similar symptoms in their colonies. But the strange thing was how local the incident seemed to be. All of the reports seemed to be coming from a small area of Montecito, California.

Seven months later, and less than three weeks after coming home to the start of the die-off, my colony was gone. All the bees were dead. A total of 16 hives within a 1.5-mile radius had succumbed.

Stunned and worried, a few of us decided to see if we could find out the cause of this cluster of die-offs. Samples sent to the county for parasites or disease had all come back negative, and we suspected acute pesticide poisoning. Though it was too late to get the bees themselves tested for pesticides, we sent off beeswax, brood, and pollen stores to a lab at Penn State University for testing.

As a scientist and a mother, I’ve become increasingly concerned about the chemicals we continue to release into our skies, our waterways, our soils, and the food web in which we are all embedded. Raising bees (and chickens and garden fruits and vegetables) as we had been doing was one small step toward a more sustainable, organic path for me and my family. But the possibility that here in my backyard — or somewhere nearby in my neighborhood — my bees had been exposed to a toxic chemical that was killing them by the thousands, brought the nature and the scale of the problem home. Every day, all across the country, in houses and schools, on lawns and gardens, parks, golf courses, farms and orchards, we use an unbelievable volume and diversity of pesticides, including herbicides and fungicides.

Samples from the four hives that were tested came back positive for a number of those pesticides, including bifenthrin (found in hundreds of agricultural and household pesticide products), chlorpyrifos, (used on orchards, golf courses, and crops, and banned from residential use), cyhalothrin (found in household and commercial products like Demand®, Karate®, and Warrior®), and fipronil (used in over 50 products to control ants, termites, fleas and other insects, e.g., Frontline®, Goliath®, Nexa®, and Regent®). Also found at low levels were two legal miticides used by beekeepers to control mites. But there was no proverbial “smoking gun” — no single chemical found across all the hives — and nothing we could link definitively to the die-off.

So what now? We’re hoping that 750,000 bees didn’t lose their lives in vain. We’re telling their story and spreading the word in Montecito and beyond, encouraging individuals and organizations to carefully consider the pesticides they use:  Are they necessary? If so, are they being applied appropriately to reduce the risks to people, bees and other living things? We’re developing a pesticide awareness packet to share with homeowners, gardeners, landscapers and others. We’re sharing our data with scientists who are studying the link between pesticides and bee die-offs nationwide. And we are starting again.

I got a new colony of bees just a few weeks ago, and so far, all is well. Fingers crossed, we’ll harvest our first crop of honey next fall. 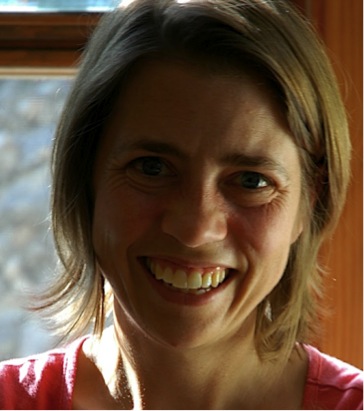 Carrie Kappel is a marine conservation biologist at UC Santa Barbara’s National Center for Ecological Analysis and Synthesis, where she is working to quantify the ways humans depend upon and impact marine species and ecosystems, and to develop tools and approaches to mitigate those impacts and allow for sustainable use of the oceans. She and her family take care of a little piece of the earth in Montecito, California.

For more on the Montecito bee die-off, see this press release from The Santa Barbara Beekeeper’s Association.

The Santa Barbara Beekeeper’s Association is dedicated to the promotion and advancement of beekeeping through best management practices, the education and mentoring of people about honey bees and beekeeping, and increasing public awareness of environmental concerns affecting honey bees. If you would like to help SBBA, a 501(c)3, fulfill its mission, please consider a donation.

Learn more about how to reduce bee poisoning from pesticides from Oregon State University Extension.