Neonics in the water?! 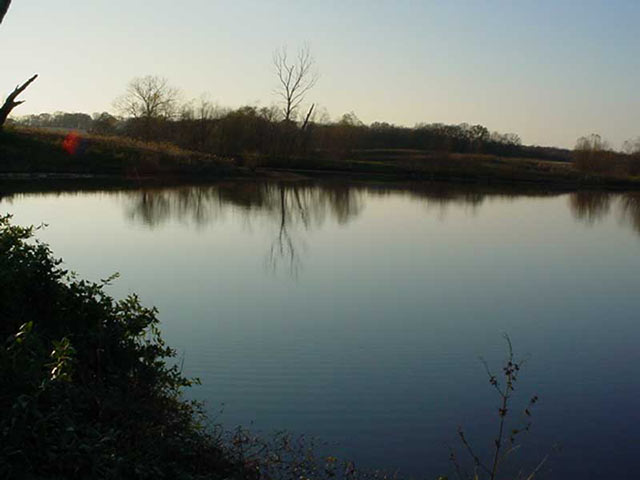 We’ve known for some time that neonicotinoids — the class of systemic, bee-harming insecticides — are water soluble. They’ve been detected in surface water in several agriculture-heavy states. And now they’re showing up in Midwestern waters.

Last month, the U.S. Geological Survey released a report finding clothianidin, one of the most widely used neonics, in 75% of Midwest streams surveyed. Other common neonics were detected too. Not good news.

Almost all of the conventional corn seed grown in the U.S., as well as much of the soy, is pre-treated with neonics before planted. And now residual chemicals from those pre-treated seeds are showing up in the waterways near where both of those crops are grown in high numbers. As stated in the report’s abstract,

“An area of intense corn and soybean production in the Midwestern United States was chosen to study this issue because of the high agricultural use of neonicotinoids via both seed treatments and other forms of application.”

“It’s alarming anytime a widely-used pesticide starts building up in our waterways. Here in the Midwest, we are already struggling with contaminated rivers and lakes. We don’t need to add to the problem with another controversial class of pesticides like neonics.”

And this is certainly adding to the problem. Tom Philpott reports in Mother Jones: “At their peak, the neonic traces in Iowa streams reached levels well above those considered toxic for aquatic organisms.”

Philpott also notes that these findings “directly contradict industry talking points.” Pesticidemakers, and their front groups, would have us believe that seeds treated with neonics — the most widely used class of insecticide in the world — are entirely safe (not to mention effective). Take, for instance, this excerpt from a 2014 report by CropLife America, a primary lobbying group for the pesticide industry:

Due to its precise application directly to the seed, which is then planted below the soil surface, seed treatment reduces potential off-target exposure to plants and animals.

The new report from USGS tells a different story. Neonicotinoids are leaching into waterways — and in addition to harming bees foraging on contaminated pollen in the fields, aquatic creatures are now at risk too.

In response to the USGS report, PAN staff scientist Emily Marquez, Ph.D., said that this should be a “wake up call” for state and federal regulators.

“The global scientific community points to neonics as a critical driver of bee declines. Officials should take water contamination as yet another sign that we must act now.”

Time for action » President Obama recently announced a new federal task force to “promote the health of honey bees and other pollinators.” Sign the petition urging the President to ensure this task force results in meaningful protections for bees!