Neonics? Not much help to farmers. 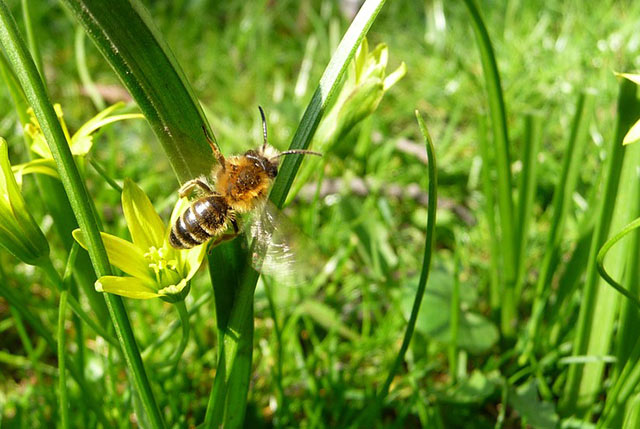 09 Dec Neonics? Not much help to farmers.

Posted at 20:04h in Uncategorized by community@panna.org
0 Likes

Independent scientists have been saying it for a while now: neonicotinoid pesticides aren’t all they’re cracked up to be. And finally, scientists and economists at the Environmental Protection Agency (EPA) are showing signs that they’re listening to the science.

We know neonics are harmful to bees and other pollinators; a growing body of science has been pointing to these pesticides as a key factor in dramatically declining populations for years. But pesticidemakers like Bayer and Syngenta have continued to claim that neonicotinoid products are essential for farmers' success.

Published data indicate that in most cases there is no difference in soybean yield when soybean seed was treated with neonicotinoids versus not receiving any insect control treatment.

In other words, save your money folks; neonicotinoid seed treatments help soybean yields about as much as… applying no insecticides at all.

For many independent researchers who study neonics, Thursday’s announcement from EPA isn’t big news. A report published by the Center for Food Safety (CFS) earlier this year summarized nineteen peer-reviewed studies and found that neonicotinoid seed treatments provide either inconsistent yield benefits — or no yield benefits at all — when used on corn, soy, wheat, canola and dry beans.

The only crop that covers more acres in the U.S. than soybeans is corn. And while EPA hasn’t made a public statement on corn just yet, independent research points to similar conclusions.

Dr. Christian Krupke, an entomologist from Purdue University, researches the efficacy of different pesticides by using them in areas where insect pests have caused problems for corn and soy crops in the past. In CFS’s report, he explains it like this:

“We have not demonstrated a consistent yield benefit of neonicotinoid seed treatments in either [corn or soybeans], over many sites and many years. …  Because there is no demonstrable benefit in the vast majority of fields/years we have surveyed, it is apparent that seed treatments are dramatically overused in these crops.”

Neonic seed treatments are frequently used on soybeans, but they're even more common in corn: around 94% of the corn planted in the U.S. is pre-treated with neonics.

Further into its assessment, EPA highlighted an important concern: the lack of availability of soybean seed that isn’t pretreated with neonicotinoids. Neonics don’t do much good for soybean yield, but growers may not have much of a choice in the matter.

Consolidation in the seed market means that the pesticide manufacturers and the seed companies are, for the most part, the same companies — and they don’t have much interest in selling neonic-free seeds. EPA signaled that the agency is aware of the problem:

“One issue of note is the availability of untreated seed relative to treated seed … Data from researchers and extension experts indicate that some growers currently have some difficulty obtaining untreated seed.”

Unfortunately, EPA stopped short of making recommendations. The largest seed companies aren’t going to start sourcing neonic-free seed on their own. The profit potential is too great. Instead, it’ll take restrictions on neonicotinoids from decisionmakers like EPA to kick them into gear.

In the meantime, farmers can look to local, independent seed companies — some of which are already hard at work to supply neonic-free seeds for future growing seasons.

As EPA starts acknowledging the shortcomings of neonicotinoids, the agency’s explanations for keeping these pesticides on the market are wearing thin. It’s past time for EPA to restrict or suspend bee-harming neonics. They clearly threaten pollinator populations — and they're not doing farmers much good, either, it turns out.

Help us keep the heat on EPA » Over the summer, the White House announced a joint agency "Pollinator Health Task Force" to be led by EPA and USDA — hopeful news! But we need your help to ensure this task force includes meaningful action on pesticides in its plan. No more skirting the issue! Neonics are a problem decisionmakers can — and should — address. And quickly.