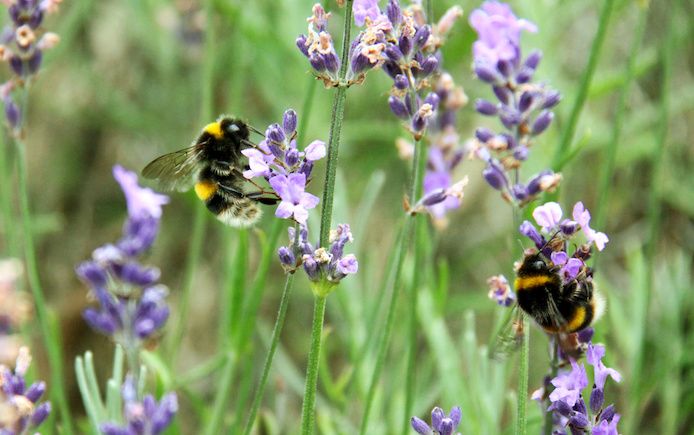 Posted at 17:04h in Uncategorized by community@panna.org
0 Likes

Over the last two decades, neonicotinoid pesticides, or neonics, have swiftly become the most widely used class of insecticides globally. And you’ve heard from PAN and our partners countless times about the dangers these chemicals pose to the wild pollinators and honeybees our food system relies on.

We’ve also shared the complications with regulating neonics. They can be sprayed onto foliage or be applied as a soil drench, but the most common use is to plant seeds that are pre-treated with the pesticide. Seed treatments are exempt from federal regulations that govern other pesticide products.

As if all of this isn’t enough. . . new research suggests that neonics may also pose health harms to humans. The good news? States have already been stepping up to protect communities.

Last year, we watched disaster unfold as residents of Mead, Nebraska were getting sick –  noticing sudden nosebleeds, constant coughing, and passing out while exercising. In addition to the human toll, the community saw livestock health problems and deaths, as well as “bee kills” ​​(sudden colony collapse).

The culprit? A neighboring ethanol plant called AltEn was found to be processing thousands of pounds of unused and discarded pesticide-treated corn seed from across the country This resulted in piles and piles of waste that polluted the town’s water and soil.

Just planting these seeds is dangerous – pesticide drift can still occur, and neonics are systemic pesticides, meaning they’re absorbed into plants’ roots, leaves, fruit, and pollen, eventually finding their way into soil and waterways. And worse, neonics can escape the target plant and contaminate whole ecosystems.

Neonics were originally marketed by the agrochemical industry as a safer human health alternative to other products on the market. Nice try, Big Ag, but this clearly isn’t the case.

In addition to the ability to kill bees with extraordinarily low levels of exposure, evidence continues to mount that neonic use is a major contributor to the declines of birds and fish. Research has also linked exposure in the womb with birth defects in deer as well as higher rates of death for fawns. What does this mean for humans? Nothing good.

Several animal studies have reported adverse effects of neonics on sperm, and prenatal exposure to neonics increasing the risk of neurodevelopmental abnormalities and birth defects. While more research is needed, these harms found to animals raise human health concerns.

Additionally, a systematic review of publicly available literature reported a link between human neonic exposures and malformations of the developing heart and brain, as well as symptoms that include memory loss and finger tremors.

Following all of that bad news, there’s hope! We’ve been thrilled to see several states stepping up to protect communities from the harms of neonics. Maine led the way on this latest wave of action when, in June 2021, the state’s governor signed groundbreaking legislation into law that prohibits the use of most neonics in residential landscapes.

In January of this year, New Jersey passed a law that prohibits outdoor, non-agricultural neonic uses, likely up to 70% of neonic uses in the state. New York currently has a bill moving through the legislature, the “Birds and Bees Protection Act,” that would ban neonic-treated seeds, ornamental and turf neonic uses, and requires the state to take a hard look at other neonic uses. The most recent state taking action to curb neonic use is California, where a proposed policy would ban nearly all non-agricultural uses of the pesticides.

You’ll notice that “non-agricultural uses” is a common theme in all of these states, meaning the widespread use of neonics on lawns, gardens, golf courses, and other landscaping is being targeted. While New York is not a key agricultural state, their proposal to ban neonic-treated corn, soybean, and wheat seeds is inspiring.

Until we see national action in the U.S. (like the EU, who banned neonics years ago), these and other states enacting neonic policies will reduce the harm posed to communities, pollinators, and our environment, and pave the way for other states to join in.