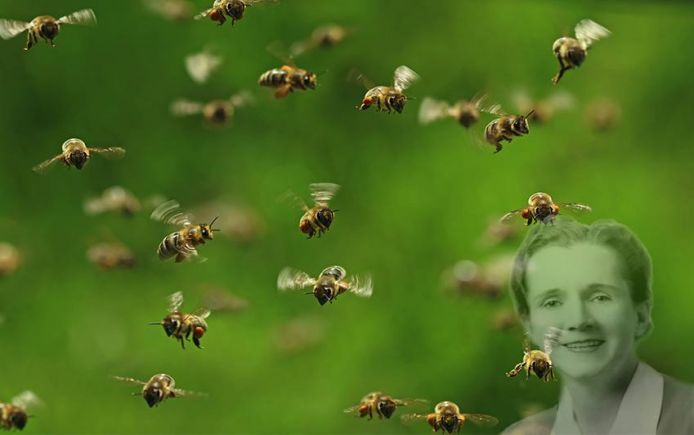 Posted at 17:45h in Uncategorized by community@panna.org
0 Likes

Yet another scientific study, released today, shows just how deadly our chemical-intensive farming system has become to pollinators and other insects.

The findings should concern us all. In short, U.S. farmland is 48 times more toxic to insects than it was 20 years ago. This is a staggering number.

When added to the fast-growing evidence showing many insect populations teetering on the edge of complete collapse, this new research underscores just how quickly we need to be shifting our food system away from this antiquated reliance on pesticides.

Bayer Crop Science introduced the first neonicotinoid pesticide, imidacloprid, in 1985. By the late 1990s use of “neonics” was growing fast, and today imadocloprid is the most widely used pesticide in the world.

Neonics are systemic insecticides, meaning that they are drawn up by the roots into a plant (and its flower and pollen). For years, scientists have known that these chemicals can harm bees and other pollinators, weakening their immune systems, disrupting reproduction and interfering with nervous system functions — including navigation.

In this study, a team of toxicologists focused on lethal exposure levels only — which means their findings don’t reflect the harms listed above, and vastly understate the actual impact of these chemicals. Because neonics can last from months to years in the environment, insects are experiencing an ever growing “acute toxic load,” and dramatic increases in exposure over time: A few other key findings in the study:

The kicker? Use of these chemicals doesn’t help farmers. A few years back EPA scientists found that soy seeds coated with neonics resulted in zero increases in yield. That’s right, zero. And seed treatments make up nearly 90 percent of all neonic use in the US.

A fork in the road

Well over 50 years ago, a scientist named Rachel Carson predicted that the “smooth superhighway” of chemical-intensive agriculture this country was speeding along could only lead to disaster. As she asked in Silent Spring,

” Why would anyone believe it is possible to lay down such barrage of poisons on the surface of the earth without making it unfit for all life?”

Yet we’ve continued to speed along that superhighway, shifting gears from one set of chemicals to the next as harms to our ecosystems and/or our health became too obvious to ignore — or resistance developed, as it always will.

This pesticide treadmill serves no one but the corporations who sell these products, and will always have the next “safer” solution.

We can do better, and now we urgently must. One step is to get rid of neonics. Italy did it years ago; their pollinator populations recovered and their yields are just fine, thank you. And then it’s time to invest — quickly and deeply — in resilient, pollinator-friendly farming systems that support farmers in building healthy soil and on-farm biodiversity.

Clearly, we should have listened more carefully to Rachel back in 1962:

” The other fork of the road — the one less traveled by — offers our last, our only chance to reach a destination that assures the preservation of the earth.”

There’s no more time to waste.