Shaking up the White House hive 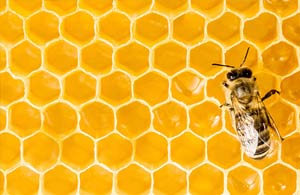 Posted at 00:07h in Uncategorized by community@panna.org
0 Likes

As I spoke to a packed room at the EcoFarm Conference late last month, it was clear that many of us eagerly await the unveiling of the White House's new plan to protect bees. But if recent events are any indication, officials aren’t getting the message that pesticides are a key part of the problem. Just one day before my talk, EPA approved another bee-harming pesticide.

With this recent decision, it’s time to shake up the White House hive. No, not the beehive near the Obamas’ kitchen garden, but the politics that are blocking progress for the nation’s pollinators. It's the White House Task Force on Pollinator Health that's releasing a new plan, and they really need to get it right.

Scientific evidence very clearly links pesticides, especially persistent and systemic insecticides, to bee declines. And as EPA documents, these chemicals aren't much help to farmers anyway. That’s why EPA’s approval of a so-called “safer” pesticide that's virtually identical to other bee-harming pesticides on the market is so unnerving. It raises real concerns about what the plan from the EPA-chaired White House Task Force will contain.

What’s in a plan?

As the White House announces its plan, they will need to reflect on the reality of the plight of bees, beekeepers and farmers alike. This means they can’t avoid addressing the role pesticides play. A comprehensive plan that supports a healthy food and farming system will have to immediately restrict use of systemic pesticides like neonicotinoids (neonics), and stop new, harmful products from coming to market. And it must include support and incentives to help farmers shift to more sustainable farming practices.

Some of the concepts being bandied about don’t go nearly far enough, and tend to put the burden on beekeepers, rather than on pesticide manufacturers and federal regulators.

Here are a few ideas that are worth calling out as wholly inadequate:

Numerous organizations have offered recommendations for a meaningful plan, one that will protect bees and other pollinators. Hopefully the White House will take these seriously. And not a moment too soon.

Jeff Blain, a beekeeper just outside of Boise, Idaho called me as I was writing up this blog with an earful (printed with his permission) about last month’s approval of flupyradifurone:

“How could they let this new pesticide slide through? The lesson I learned from my grandfather is ‘don’t put things in you can’t take out.’ It’s clear that government officials aren’t paying attention and haven’t been doing their job as watchdogs. And it’s time they started paying attention to the harm [pesticides] are doing to small growers, beekeepers and bees.”

I’m with Jeff. We expect a strong plan from the White House Task Force on Pollinator Health, one that meaningfully protects bees from harmful pesticides — and one that most certainly doesn't involve approval of any new, long-lasting, systemic pesticides.