Swing & a miss on bee-harming pesticides 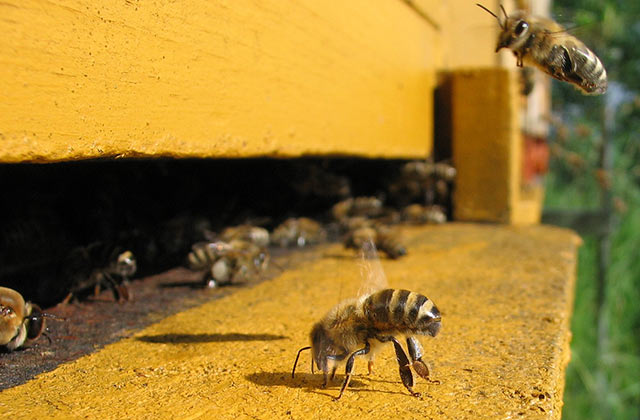 Posted at 17:56h in Uncategorized by community@panna.org
0 Likes

Once again, it looks like federal decisionmakers are sidestepping the issue of bee-harming pesticides. The Pollinator Health Task Force, launched almost a year ago by President Obama, released its strategy for addressing pollinator declines last week — without tackling the pesticide problem.

While the plan sets an ambitious goal for reining in honey bee losses, and calls for state plans to increase habitat for pollinators, it fails to directly address the impact of neonicotinoids and other insecticides, despite crystal clear science that these chemicals are impacting pollinators.

The creation of this inter-agency task force — led jointly by USDA and EPA — signaled a renewed commitment at the federal level to address the crisis facing bees and other pollinators. And while regulators were formulating their new strategy, more than four million beekeepers, farmers, scientists and concerned advocates across the country urged them to directly and meaningfully address the issue of bee-toxic pesticides.

Goals without a plan

All important, certainly. But it's unclear how regulators intend to meet their goal of reducing annual honey bee losses to an "economically sustainable" average of 15% — commonplace for healthy hives — when losses in recent years have hovered around 30-40% or more.

An ever growing body of independent science shows that neonics and other pesticides play a critical role in declining bee populations. Without action on pesticides, the problem will persist.

“A lopsided federal policy that takes decisive action on habitat, mites and other issues, while remaining stuck on pesticides, will not turn the tide on bee declines.”