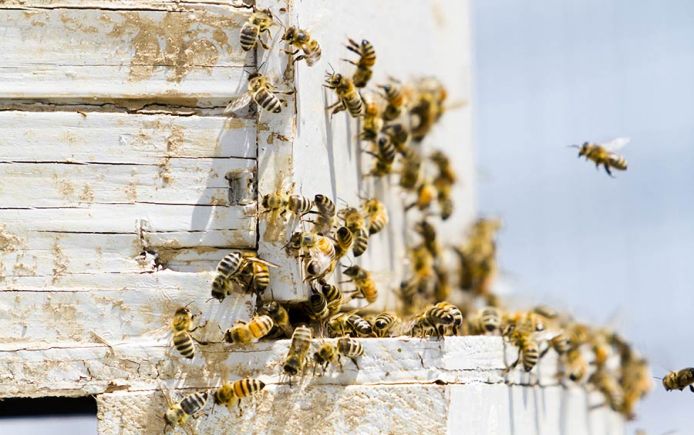 Posted at 16:52h in Uncategorized by community@panna.org
0 Likes

Recently, a small crowd gathered in the agriculture building at the Minnesota State Fair. Beekeepers, entomologists, reporters, farmers and pollinator advocates circled around a small podium, waiting for Commissioner of Agriculture Dave Frederickson and Governor Mark Dayton to speak. The crowd wasn't disappointed. In a short press conference, Frederickson and Gov. Dayton announced new rules to restrict the use of bee-harming pesticides — and make the state a national leader in protecting pollinators.

The science is clear

The Minnesota Department of Agriculture (MDA) has been conducting a review of neonicotinoids pesticides since 2013. Last week's announcement included the agency's findings that this class of commonly used insecticides poses a definitive threat to pollinators.

MDA's review of neonicotinoids is a 100+ page document that summarizes the latest science on neonicotinoids, their use in Minnesota agriculture, and the unintended consequences of their use. Staff from MDA spent nearly three years meeting with stakeholders and combing through a tremendous body of scientific research highlighting the impacts of neonics on honey bees and other pollinators.

MDA's findings echo what hundreds of independent researchers have found: "The recent research has suggested potential toxicity concerns for neonicotinoids to various life stages of honey bees, native bees, as well as other pollinating insects."

Importantly, the review acknowledges that pesticides aren’t only harmful when they kill pollinators outright, but also when lower doses of these chemicals interfere with basic functions: "A number of studies have shown that insecticides and some fungicides may have sub-lethal effects on bees, not killing them outright but instead impairing their development, behavior and immunity to parasites and diseases."

Dr. Marla Spivak — one of the top honey bee researchers in the nation and head of the University of Minnesota's Bee Lab — spoke at the press conference. She noted:

The good news the Governor and our Department of Agriculture have released today puts Minnesota miles ahead of all other states in the nation in our efforts to help pollinators…. These actions the Governor and MDA are taking will begin to reduce excess use of one class of insecticides, the neonicotinoids, that research shows is highly toxic to bees and monarchs.

The science on neonicotinoids and other pesticides isn’t new. But state and federal decisionmakers have been slow to take meaningful action to curb the use of bee-harming pesticides, largely because of the influence of the pesticide industry on our nation's agricultural policies. Minnesota’s new rules are some of the strongest in the nation to take on the pesticide problem.

So what's in the plan?

First of all, "Minnesota will eliminate unnecessary uses of neonicotinoids in agriculture and commercial nurseries." The principles of integrated pest management say that chemical pesticides should used as a last resort — when preventative and non-chemical solutions have already been tried and pests, weeds or diseases are still a problem. Minnesota’s plan would nudge the state back in this direction. Under new rules, a grower who wants to use a neonicotinoid product will need to verify that the chemical will be used to solve a pest problem that can’t be addressed any other way.

Why is this necessary? The Department of Agriculture’s report acknowledges that applying neonicotinoids unnecessarily can trigger a number of significant problems:

MDA is intent on creating a new system to minimize these risks. 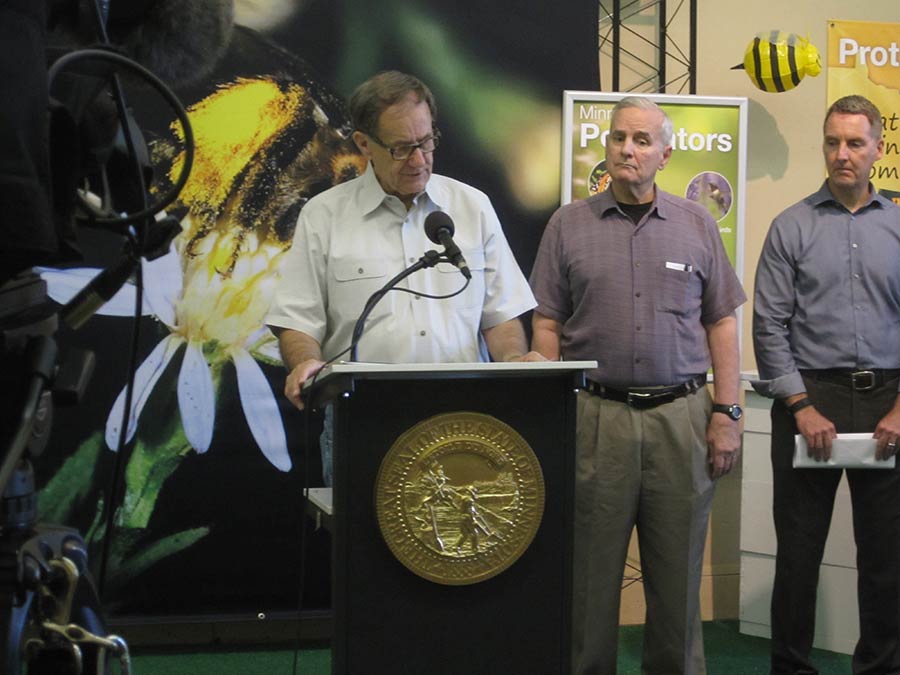 While MDA hasn't laid out all of the details for implementing this restriction yet, we expect that the agency will enact a clear process for growers to work with neutral, third-party certifiers to verify that neonicotinoids are the only solution to the crop or plant problems they're facing. When implemented well, we expect that this will lead to significant decreases in neonicotinoid use.

However, the Department of Agriculture and the Governor made it clear that Minnesota intends to tackle the coated seed problem. Seed treatments are the most common use of neonicotinoids, but because of a loophole in federal pesticide law, they aren't tracked or regulated as a pesticide application. That means, unfortunately, that Minnesota's new restrictions on neonic use won’t apply to pesticide seed coatings — which is a real problem. Nearly all corn seed — and about 20 percent of soybeans that aren't accounted for in state records or regulations — will remain coated in neonics before planting.

The plan also proposes a "polluter pays" mechanism that would assess fees on bee-harming pesticides, then use the funds raised to support research and education efforts to protect pollinators from pesticides. It seems only fair that the companies profiting from the sale of harmful pesticides should be responsible for funding some of the solutions.

Minnesota has set a high bar. The MDA has pledged to double down on pollinator protection. And, along with the Governor, the Agency has also pledged to work with the legislature to tackle the problem of coated seeds. The state is signaling "all hands on deck" — which pollinators need.

In the coming months, we expect that state agencies will further clarify their plans. The Governor's stakeholder committee will start meeting. And when the legislature reconvenes in January, we will be joining those urging lawmakers to take up the "coated seed program."

Even though Syngenta and Bayer won't like their products restricted, the bees won this round. It took sound science and strong people-power to get this far, and we don’t plan on turning around under corporate pressure any time soon.