What’s the buzz in Britain? 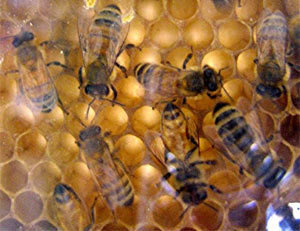 13 Dec What’s the buzz in Britain?

Posted at 01:19h in Uncategorized by community@panna.org
0 Likes

Across the pond, the buzz is all about the impacts of pesticides on bees. Both the U.S. EPA, and its British counterpart, Defra, have been slow to act on the growing body of scientific evidence that would protect bees. But a series of important hearings may signal important changes afoot in that country.

For the past 30 years, bee populations have been declining in the United Kingdom. And pollinators, like bees, provide more than half a billion pounds to the British agricultural economy each year. As a result, Parliament recently held a series of hearings to assess the impact of neonicotinoid pesticides on bees and steps to protect them.

What’s already clear is that Defra has failed to sufficiently review the impacts of this new class of systemic pesticides, and evaluate the emerging body of independent science. “The potential inadequacy of the regulatory process is the thing that worries me the most," Tim Lovett, former president of the British Bee Keeper Association, told The Guardian. "I think all the regulators have been remarkably silent."

And this has beekeepers, farmer groups and scientists frustrated, with many calling for a moratorium on the continued use of the products.

At issue in the UK, as well as in America, is the use of systemic neonicotinoid pesticides. Bees largely come into contact with them as seed treatments that are taken up and expressed through the pollen and other parts of the plant, and also as insecticides sprayed on crops and gardens. And the body of science connecting the declining health of bee populations to pesticide exposure continues to grow.

Pesticide corporations like Syngenta have done their best to challenge the science, including funding favorable studies and diminishing the evidence. In particular, pesticidemakers are attempting to push for impossible field tests, while also calling Defra’s analysis “very rigorous.”

“The response is focused on trying to pick small holes and then using them as a justification for inaction," said David Goulson, professor at the University of Stirling and author of a recent bee study.

Power in the network

Our colleagues at Pesticide Action Network UK, one of several PAN International centers across the globe, have been helping lead the charge to reform the use of pesticides that impact bees. They created a 12-point plan for dealing with neonicotinoids that also holds true in the U.S. Of note, the plan calls for: