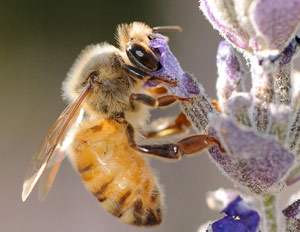 Posted at 19:05h in Uncategorized by community@panna.org
0 Likes

Last week, the European Commission announced its position against the use of bee-harming neonicotinoid insecticides, urging nations within the European Union (EU) to impose a two-year suspension on their use. Great news for bees across the pond.

But here in the U.S., policymakers aren’t stepping up. EPA officials are continuing to ignore the emerging body of science that point to pesticides, and especially neonicotinoid insecticides, as a critical factor in bee declines. What’s worse, the agency is poised to approve yet another bee-harming pesticide.

Europe’s decision should be a wake up call for EPA. The agency has a responsibility to protect bees and the livelihood of beekeepers. Unless the agency takes steps to protect pollinators, they are putting agricultural economies and the food system at risk.

The case for greater bee protections has been building in Europe. Several recent reports, including one from the European Food Safety Agency (EFSA), indicate that three neonicotinoid insecticides — imidacloprid, clothianidin, and thiamethoxam, produced by Switzerland’s Syngenta and Germany’s Bayer—pose an unacceptable hazard to honey bees.

Additionally, EFSA found that the industry-sponsored science — upon which regulatory agencies’ claim of safety have relied — are fatally flawed.

And yet EPA is still seemingly reluctant put protections in place for bees. Attempting to spur action, Pesticide Action Network, Center for Food Safety and Beyond Pesticides — along with over 25 beekeepers — filed an emergency legal petition with EPA last year, seeking an immediate halt to the use of clothianidin until adequate studies have been completed and safeguards put in place.

The agency denied the petition and is moving forward with a much slower process, continuing with its current review of the neonic — set to conclude in 2018.

As if bees and beekeepers didn’t face enough challenges, EPA is now poised to add another systemic pesticide into the mix. Dow’s sulfoxaflor is a cousin of neonicotinoids, and impacts the same bee brain synapses (nicotinic acetylcholine receptors). It’s yet another systemic pesticide that would be used on a wide variety of crops like canola, cotton, citrus and vegetables.

Beekeepers are warning that this may be the worst year yet for bee losses. This is saying something, since they’ve reported losses of about 30% since 2006. Bad news for beekeepers, and bad news for crops like almonds that are reliant on bees for pollination. Earlier today, Jeff Anderson, another beekeeper — whose bees pollinate crops in California and Minnesota — put the situation he’s facing in stark terms:

“My operation started last spring with a high count of 3150 hives, today I have 992 alive, most in severely weakened condition.”

Pesticides are one of several factors — along with pathogens and nutrition — working together to threaten bee populations. But these pesticides are a known harm EPA can take steps to reduce. It is long past time the agency moves to protect bees, rather than introducing yet another bee-toxic pesticide onto the market.

Take action » Urge EPA to stand up for bees and beekeepers, and keep a new bee-harming pesticide off the market. The public comment period closes February 12 — now is the time to reduce known harms instead of introducing new threats!

This blog was originally posted on Civil Eats.