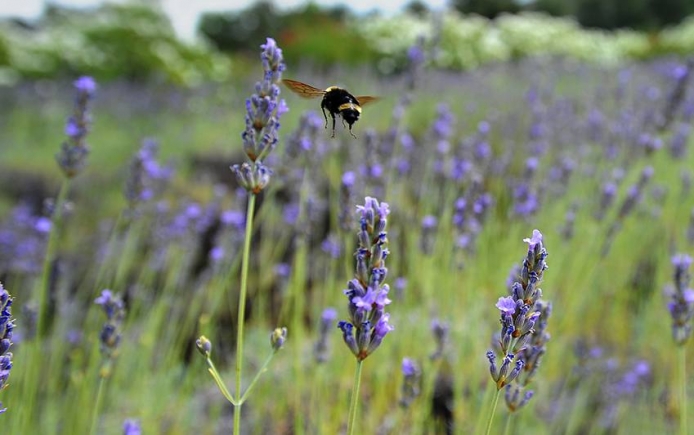 Posted at 23:47h in Uncategorized by community@panna.org
0 Likes

The Farm Bill debates are moving full steam ahead. Many pieces of the complex federal legislation introduced in the House will clearly be harmful to farmers, rural communities, workers and the environment. This blog is the first in a series from PAN focusing in on key issues of concern to those in our network.

We’ll start with one of the most egregious proposals in the draft bill: a provision allowing the Environmental Protection Agency (EPA) to fast-track the approval of pesticides without investigating their impacts to endangered species — including pollinators.

This is a problem for farmers and eaters. We have pollinators to thank for 1 in every 3 bites of food. But despite industry efforts to say otherwise, the fact is pollinator populations are still in decline.

Beekeepers report their industry is on the verge of collapse, and farmers relying on honey bees for pollination services are increasingly nervous. Wild pollinators like bats and bumble bees are also facing catastrophic declines, with many of the same factors stressing their populations. The causes behind pollinator declines are no mystery. Scientists largely concur that the problem is caused by a combination of several factors — and pesticide exposure is high on the list.

Federal agencies from the Federal Emergency Management Agency (FEMA) to the Federal Energy Regulatory Commission (FERC) are all required to review the impacts of their actions on endangered species, and consult with Fish and Wildlife Service and Marine Fisheries Service scientists and experts. This Farm Bill, however, would give EPA a free pass to greenlight pesticides without this evaluation. This not only puts endangered species at risk, but farmers and eaters, too.

The end result of this Farm Bill provision would be to authorize EPA to skip consultations with scientists and endangered species experts, fast-tracking pesticide approval.

This will allow EPA Administrator Scott Pruitt to head even further in the wrong direction. Already under his increasingly controversial leadership, more than 50 health and environmental safeguards have been dismantled. From blocking the planned ban of chlorpyrifos just weeks after a private meeting with Dow executives, to greenlighting the continued use of the herbicide dicamba after millions of acres of crop loss, the undermining of our basic safeguards has gone far enough.

We need a Farm Bill that supports a just, thriving food and agriculture system — not a bill that prioritizes fast-tracking pesticide use over science and the health of our communities and environment.

Our work is cut out for us. Together, we’re striving toward a future characterized by worker justice and healthy communities, fair farm economies and a food system that works for us into the future — and we’re advocating for a farm bill and federal policy that helps get us there.