For beekeepers, the “new normal” is unacceptable 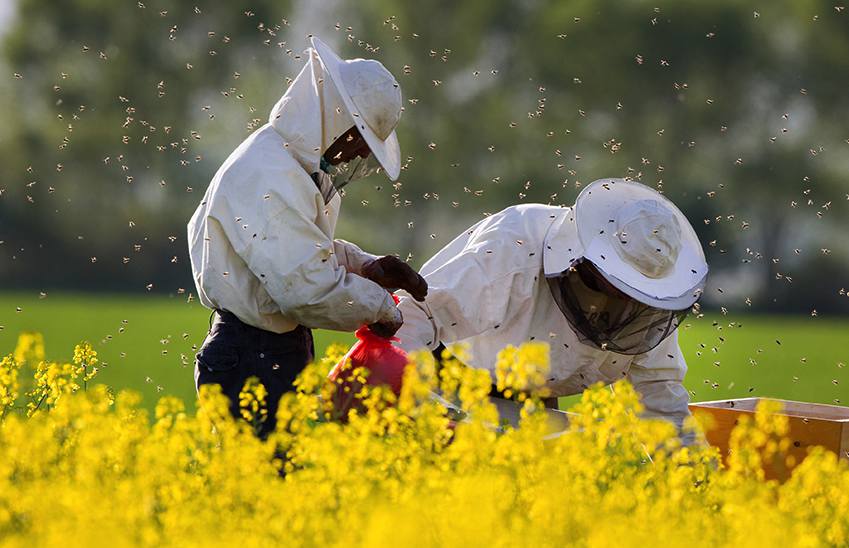 17 Jul For beekeepers, the “new normal” is unacceptable

Posted at 18:37h in Uncategorized by community@panna.org
0 Likes

Last month, the Bee Informed Partnership (BIP) published results from their annual survey of managed honey bee colony losses in the United States. With the combination of increased overall pathogen load, poor nutrition, habitat loss and pesticide exposure all contributing to bee declines, the results were — unsurprisingly — not comforting.

But looking past the numbers for this year’s survey, the way bee losses are measured and framed could use some serious improvement.

During the 2017-2018 winter, beekeepers reported losing an estimated 30.7% of managed colonies in the U.S. This is an increase of almost 10% from the previous year.

Traditionally, measures of honey bee losses have focused on overwintering losses, but more and more beekeepers are seeing losses throughout the year. The BIP also asked about summer losses this year, and beekeepers reported losing 17.1% of of managed colonies from April 2017 – October 2017. For the entire year, beekeepers lost an estimated 40.1% of their colonies, 2.7% higher than the average annual rate of loss experienced since 2010.

These numbers are likely higher than the survey reflects, however, because beekeepers have masked losses by dividing and subdividing colonies faster than ever before to make up for the losses.

But even if beekeepers self-report higher levels of acceptable losses, it doesn’t mean they’re content to accept this as a new baseline. Beekeeper Jeff Anderson from California Minnesota Honey Farms shared his thoughts on this messaging.

“NO, beekeepers are NOT happy about the losses. I begrudgingly acknowledge the new norm.”

Native bees in trouble too

In addition, the survey doesn’t account for native or solitary bees, which also face threats of habitat loss and pesticide exposure. A study from UC Davis released in 2015 measured wild bee declines, suggesting populations likely declined in areas comprising 23% of the nation alongside the conversion of native bee habitat into intensive agriculture.

But this study is the only reputable measure of native bee losses in recent years, and it was a one-time study. Wild bees are necessary for agricultural pollination needs, and as the study notes, the supply of managed honeybees hasn’t kept pace with pollination demand due to the colony loss.

Pollinators are in trouble, period. PAN will continue working alongside farmers and beekeepers to advocate for pollinator protection policies, and you can help too. Tell your governor to step up and take action to protect pollinators in your state, and then see what changes you can make in your own yard or garden to create a haven for honey bees and other pollinators.

Urge your Governor to protect bees!