Have you heard the latest bee buzz? 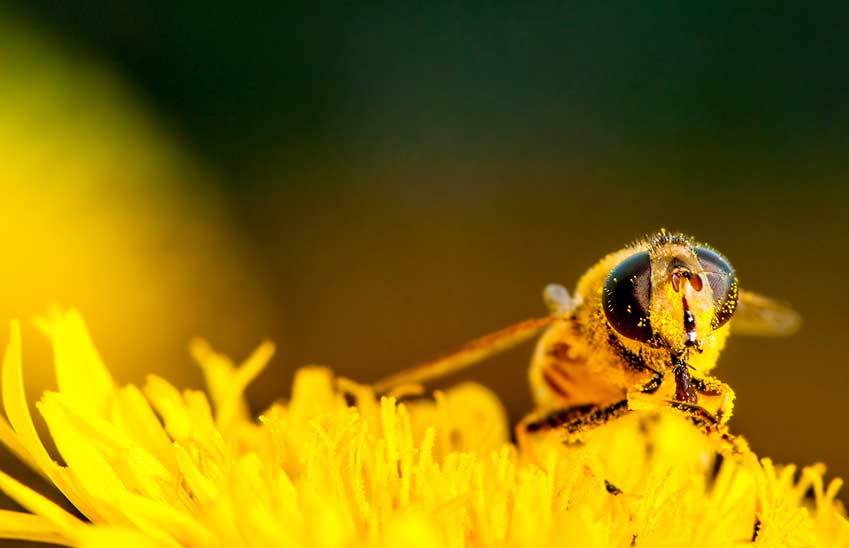 03 May Have you heard the latest bee buzz?

Posted at 16:21h in Uncategorized by community@panna.org
0 Likes

Yesterday, the "Pollinator Protection Act" took a big step forward in the California legislature, moving closer to becoming state law. This is just one of many positive developments for bees in recent weeks. As public momentum to protect vital pollinators continues to build, cities, states and businesses are getting in gear — even as federal policymakers continue to come up short.

In the face of strong opposition from the citrus industry lobby, the Pollinator Protection Act (SB 1282, Leno-Allen) passed out of the California Senate Environmental Quality Committee on Wednesday with a 4-2 vote. If it becomes law, this bill will require labels on any plants or seeds treated with systemic neonicotinoid pesticides — a very common practice. Currently, there is no way to identify which plants, including those sold at nurseries, pose a threat to pollinators collecting contaminated nectar and pollen.

The bill will also ensure that these bee-harming pesticides are available for sale only to certified applicators, farmers or veterinarians. While neonics are used in highest quantities in agriculture, home and garden use also increases pollinator exposure.

One of the witnesses who testified in support of the bill — Jessa Kay Cruz, a senior pollinator conservation specialist for the Xerces Society for Invertebrate Conservation — told the committee:

"The Pollinator Protection Act is a reasonable response to help minimize the risks that neonicotinoids pose. Labeling of seeds and plants that have been treated with a neonicotinoid will allow people to make informed decisions about the products they purchase. The bill will also avoid misuse and overuse of these chemicals by people that are not properly trained."

Meanwhile, Maryland is poised to become the first state in the nation to ban all consumer use of neonics. The Smart on Pesticides campaign, which has mobilized strong support for the state law, celebrated late last month when the bill cleared the state legislature and headed to the Governor's office, where it now awaits a signature.

And, in Minnesota, farmers, beekeepers and pollinator advocates have partnered on a bill that would provide grants to farmers who want to transition away from bee-harming pesticides and plant pollinator habitat on their farms. This bill has gathered momentum and passed through multiple state Senate committees.

Stay tuned for more updates as the sessions continue.

Momentum is building in the private sector as well. Last year, Lowe's agreed to phase out neonic products on its store shelves. And, while Home Depot initially agreed to just label plants treated with neonics, late last year they announced their commitment to pull neonics from their stores as well.

Just last week, the chemical company Ortho announced plans to voluntarily "transition away" from including neonics in their products at all. Citing harm to pollinators, an Ortho spokesperson said:

“While agencies in the United States are still evaluating the overall impact of neonics on pollinator populations, it’s time for Ortho to move on. We encourage other companies and brands in the consumer pest control category to follow our lead.”

Time to get in gear

The science connecting neonicotinoids to bee declines is strong and clear. The challenges pollinators face are multifaceted, including habitat loss and disease, but exposure to harmful pesticides is a clear part of the problem — and something decisionmakers can take action on right away.

Bees and other pollinators are incredibly important, from sustaining environmental health to supporting our food system. Bees alone pollinate one in three bites of our food, and their contributions to farming are estimated at over $19 billion annually. They're also an indicator species; trouble for them heralds trouble for our ecosystems more broadly.

As we keep the heat on federal policymakers to enact strong, meaningful protections for pollinators, it's heartening to see progress in other sectors. Bees need all the help they can get, at every level. But until we shift the agricultural status quo in this country and stop the widespread use of bee-harming pesticides, pollinators will continue facing serious trouble.