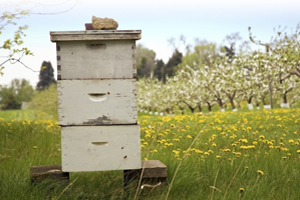 Posted at 14:53h in Uncategorized by Beyond Pesticides
0 Likes

Featured Bee Speakers
Christian Krupke, PhD is a professor of entomology at Purdue University. His recent research examines the impacts of neonicotinoid pesticides applied on corn to honey bees. The results demonstrate that bees are exposed to neonicotinoids and several other agricultural pesticides in several ways throughout the foraging period, including exposure through dust, soil corn pollen, and through dandelions growing in contaminated soil. Dr. Krupke is also the chairman of a group of university researchers that sent a letter to EPA stating that biotechnology companies are keeping university scientists from fully researching the effectiveness and environmental impact of genetically engineered crops.

David Hackenberg is the beekeeper who first discovered the disappearance of honeybees known as Colony Collapse Disorder (CCD). Mr. Hackenberg believes that pesticides contribute to CCD and that honeybees are a barometer of the environment. He is featured in the film Vanishing of the Bees and various media reports, including this 60 Minutes segment. Mr. Hackenberg founded Hackenberg Apiaries in 1962 as a high school vo-ag project. Today, he and his son operate approximately 3,000 hives of bees in 5 states for pollination and honey. David is a past president of the American Beekeeping Federation, and currently serves as co-chair of the National Honey Bee Advisory Board.

Robert Deschak is a core member of the NYC Beekeepers Association, a group of beekeepers, bee enthusiasts, and honey lovers who live, work and pollinate in New York City. NYCBA was central to overturning the policy that had banned beekeeping in the city. Mr. Deschak is a Core Member of the group  and helps run the monthly meetings, organizes special events, and has his own hives atop a convent in the Bronx. He has helped move live hives off of rooftops, captured urban swarms, and proven himself in the urban beekeeping realm. Robert is a Columbia graduate who is also a former Marine officer, and as of late has been working for the Department of Education.

Registration
Register online. Fees start at $35 ($15 for students) and include all sessions, conference materials, and organic food and drink.