USDA, if you ignore the bees they WILL go away - Honey Bee Haven
15545
post-template-default,single,single-post,postid-15545,single-format-standard,bridge-core-2.6.8,qode-page-transition-enabled,ajax_fade,page_not_loaded,,qode-theme-ver-25.3,qode-theme-bridge,qode_header_in_grid,wpb-js-composer js-comp-ver-6.6.0,vc_responsive,elementor-default,elementor-kit-15593

USDA, if you ignore the bees they WILL go away 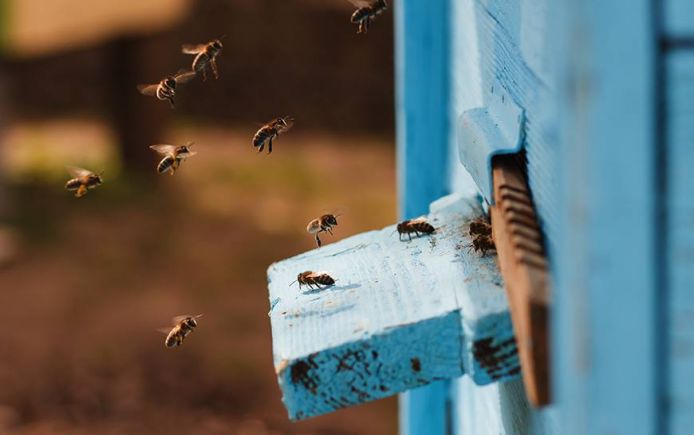 13 Jul USDA, if you ignore the bees they WILL go away

Posted at 17:41h in Uncategorized by community@panna.org
0 Likes

Last week, it was reported that this past winter saw the highest honey bee colony losses on record. A few days later, the U.S. Department of Agriculture announced that it will be suspending its annual tracking of the honey bee population due to a budget shortfall.

Not a good look, USDA.

From bad to worse

It’s no secret that bees and other pollinators have been in trouble for years, due to a combination of factors including habitat loss, poor nutrition, pathogens, and of course pesticide exposure — a key factor that exacerbates other stressors. The number of managed honey bee hives plummeted from 6 million in 1947 to 2.4 million in 2008, and the worst hive loss on record occurred last winter as beekeepers reported a 40% loss of their colonies over the year.

The USDA’s annual Honey Bee Colonies report has been an important source of data on the insects, providing critical information to scientists and farmers. So this move by USDA to completely stop tracking honey bee numbers is a blatant disregard of science — a key tenet of this administration as we’ve seen information on serious environmental harms suppressed over and over.

Recently, Trump’s EPA made the decision to lift restrictions on a toxic insecticide known to be lethal to bees, sulfoxaflor, and the administration also reversed the ban on using highly harmful neonicotinoid insecticides in wildlife refuges.

One small reassurance — USDA wasn’t the only group counting colony losses. The Bee Informed Partnership, a nonprofit group associated with the University of Maryland, has been collecting loss data from beekeepers since 2010. Although the group has relied on some USDA funding, and USDA’s survey is considered more accurate as it has access to data from all registered beekeepers, it’s reassuring that this important work will not completely stop.

Bee Informed Partnership’s counts found that this winter’s losses were 8.9% points higher than the survey average and the highest winter loss since the survey began 13 years ago. Climate impacts are thought to be contributing to these higher losses, with smoke from California wildfires impacting bees, as well as leaving few plants for the insects to forage. Drought, hurricanes, and severe storms are also factors.

Some longtime beekeepers say the bee lifespan has fallen to just 25 to 30 days, when it used to be more than twice that. These losses are devastating to beekeepers, who spend the year transporting their hives across the country, renting their bees out to different farmers to pollinate their crops. The situation is so dire that farmers are sometimes receiving empty boxes because the honey bee colony supply has plummeted so severely.

USDA’s statement on suspending honey bee colony data collection was simply: “The decision to suspend data collection was not made lightly but was necessary given available fiscal and program resources.” The agency referred to fiscal restraints but did not detail budget shortfalls nor reveal the cost of the program.

So when this administration mentions how much they are helping farmers, or Second Lady Karen Pence gushes about National Pollinator Week, we know where they really stand. And that’s firmly in the camp of suppressing science, and putting the interests of pesticide companies over environmental health and agricultural vitality.

Alongside managed honey bees, other pollinators like wild and native bees, butterflies, moths and birds are facing the same stressors — neonicotinoid pesticide use and habitat loss ranking high on the list of threats. Two things you can do today to help all pollinators are: urging your representative to cosponsor a bill that would reinstate the ban on neonic pesticides use in wildlife refuges, and creating a pesticide-free Honey Bee Haven in your yard or garden full of pollinator-friendly plants.