Win some, lose some for Minnesota bees 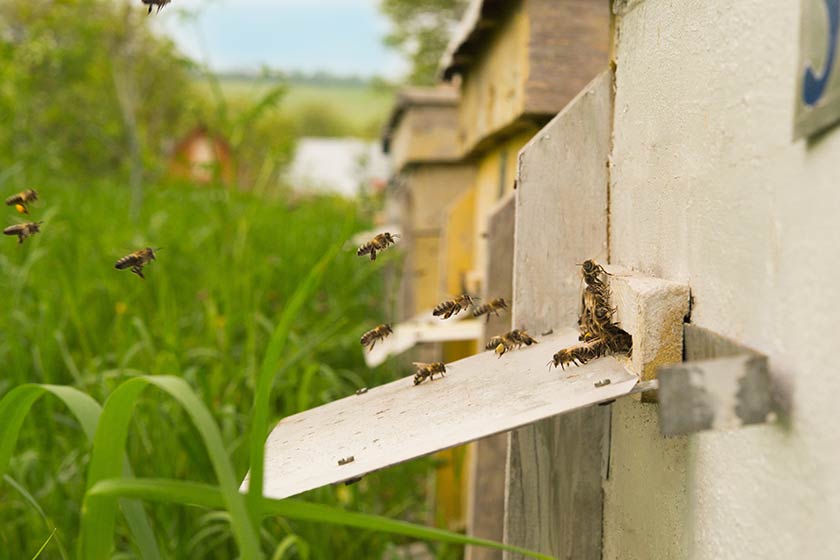 11 Aug Win some, lose some for Minnesota bees

Posted at 19:38h in Uncategorized by community@panna.org
0 Likes

It’s been quite a roller coaster. After a series of gubernatorial vetoes and late-night negotiations, the Minnesota legislative session came to a close on June 13. This time around, our legislators passed a bundle of worrisome agricultural and environmental policy that had Minnesotans across the state voicing their concerns loud and clear.

Here at PAN, we focused on fighting for state policies to better protect honey bees and other pollinators from pesticides. How did things shake out on our issues? Well, there was some good, some hopeful and some ugly.

Let’s get the bad news out of the way. In 2014, I wrote about landmark legislation that Minnesota passed, making it the first state in the nation where a plant containing neonicotinoids or other bee-harming pesticides couldn't be advertised as bee-friendly. This law was a small, common-sense step in the right direction — and it passed with overwhelming bi-partisan support.

But as it turns out, even a truth-in-labeling law as simple as this one raised red flags for pesticidemakers that fear losing marketshare. The pesticide industry came out in force in the 2015 session, and weakening bee-protective policies was among their top priorities.

This year, though PAN and our partners fought hard, the legislature watered down the labeling law. With these new changes, if a plant contains bee-harming pesticides at low levels, it can still be labeled as “bee-friendly.” The new law zeroes in on acute toxicity, ignoring the ways that chronic, low-level exposure to pesticides like neonicotinoids can impact colony health over time.

Backpedaling on good policy is disappointing, to be sure, but there's a silver lining; sometimes ruffled (industry) feathers are a sign of progress being made.

Though PAN and our partners were committed to protecting victories from last year, we weren’t satisfied with just playing defense. We also worked with pollinator champions in the legislature to introduce an array of new bills that take proactive steps to safeguard pollinators.

One of PAN’s main objectives? Move the public conversation forward to raise awareness about the connection between pesticides and pollinator decline. To this end, we set out to find champions for bold legislation proposing a five-year moratorium on the use of neonicotinoids in Minnesota.

None of these bills passed this session, but they were exciting opportunities to build momentum around the state and call the question: What will Minnesota decisionmakers do to save our state’s pollinators?

In addition to raising the profile of the connection between bee declines and pesticides, pollinator champions won a few other important victories. Minnesota passed a bill ensuring that no one in the state can purchase restricted-use pesticides online if they don’t have the proper license. Another bill will encourage — but not require — any entity receiving state funding for new conservation lands to plant habitat for monarch butterflies and minimize pesticide use.

The dust is settling from the legislative session, and there’s still a lot of work to do on state pesticide policy. Minnesota beekeepers consistently lose more bees than their counterparts in most other states: 51.2% in 2014-2015. And lawmakers in Minnesota had clear opportunities to support bee-friendly legislation, and for those most part, chose to weaken bee protections instead.

But more opportunities for positive change are on the horizon, with progress in motion for bees in Minnesota. Five Minnesota cities have already declared themselves “Honey Bee Havens” — bee-friendly cities that have pledged not to use neonicotinoids on public property and are doing their best to increase pollinator habitat. And the state has already passed important legislation, seen more good legislation introduced, and is in the process of conducting a review of neonicotinoids.

Minnesota’s policies haven’t yet caught up with the severity of bee decline. Neonics are still on the shelves at local hardware stores and still coating most corn and soy seeds, among others. And although decisionmakers at the federal and state levels have been busy passing the buck back and forth — with bees, beekeepers and farmers stuck in between — we're building momentum for real progress.