Wins for bees in the Golden State 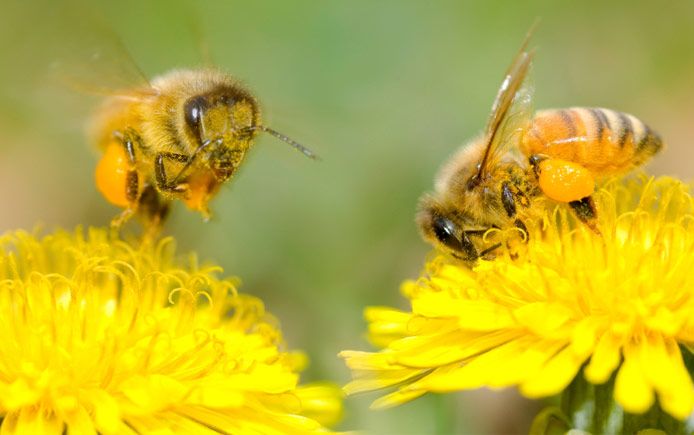 05 Jul Wins for bees in the Golden State

Posted at 19:33h in Uncategorized by community@panna.org
0 Likes

Earlier this month, dozens of pesticide and industrial agriculture lobbyists filled the halls of California’s Capitol as they worked to defeat the Pollinator Protection Act (SB 1282) on the Senate floor. If passed, this bill that would have created new protections for bees from harmful pesticides, along with ensuring that seeds and plants pre-treated with neonicotinoid pesticides be labeled as such. But unfortunately, pesticide industry interests prevailed — a deeply disappointing turn of event for those of us working to protect bees.

But thanks to the hard work of a state senator and many bee advocates, the sting of defeat was short lived. Included in the state budget, just passed this week, are several key components that will help protect pollinators across California.

Worth a [waggle] dance

Despite the setback on SB 1282, Senate Budget Chair Mark Leno, with help from his colleagues and pollinator protectors, shepherded through numerous key resources for bees in the budget, including hiring additional staff at the state Department of Pesticide Regulation (DPR). Here is more detail:

What happened to the Pollinator Protection Act?

To defeat this bill, industrial ag groups used concerns over a citrus pest as a front to fight off any new rules governing bee-harming neonicotiniod pesticides. It’s unfortunate how often the sky-is-falling message and political might of industry interest groups undermine advancing prosperous, agroecological solutions that benefit more people along the food chain — beekeepers, farmers and eaters.

This is also not a new story. These groups have a long history of overstating crisis in order to maintain use of hazardous chemicals — remember cancer-causing strawberry pesticide methyl iodide?

The California legislature has long been a difficult place to advance progressive food and farming policies, given the strength of industrial agricultural interests. Bayer, Syngenta and the pesticide lobbying association Western Plant Health Association — as well as Western Growers, the Farm Bureau and Citrus Mutual — wield tremendous influence. This is thanks to the financial and political support they offer to a new faction of industrial-ag-leaning Democrats in the Democrat-controlled legislature.

And that's why the victories in the budget were extra sweet. We felt the sting of pesticide corporations and industrial agriculture groups in Sacramento, but it didn't — and won't — last long.